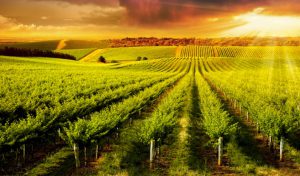 Barossa Valley winemaker, Trevor Jones, has been handed a suspended jail sentence after he pleaded guilty to two counts of property damage.

Jones admitted to deliberately destroying hundreds of thousands of dollars worth of Shiraz and Chardonnay after opening the taps on four storage barrels at Kellermeister Wines.

The court was told that Jones had worked as General Manager and Director at Kellermeister before he was dismissed in 2010 as a result of the tumultuous relationship Jones had with his father. In February 2015 and intoxicated and distressed Jones went to the Kellermeister winery and opened the storage taps, destroying around $300,000 worth of wine.

In handing down the sentence, Judge Jane Schammer said that while she understood that Jones had suffered an emotional breakdown and felt betrayed by his father and the new heads at Kellermeister, his actions were still very serious.

“Whether there is a legitimate basis for those feelings of betrayal is not to be determined by me,” Judge Schammer said.

“The offending occurred in the context of you perceiving, rightly or wrongly, that Kellermeister and Mr Pearce had cost you much emotionally and financially and it is clear that your actions were calculated to cause them both similar losses.

“The offending was deliberate and it was targeted offending against what was effectively a commercial rival.”

Judge Schammer sentenced Jones to three years, seven months and six days, with a non-parole period of 18 months before suspending the sentence and placing Jones on a two-year good behaviour bond.

Jones now runs Trevor Jones Fine Wines and Judge Schammer added: “You are obviously an extremely talented and highly regarded winemaker. I hope you can put all this behind you.”

In a statement after the sentencing, Kellermeister Wines owner Mark Pearce said: “The court has handed down its decision and we move on.”