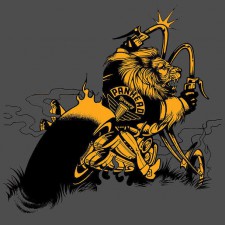 Lion New Zealand and Panhead Custom Ales are pleased to announce that they have reached agreement for Lion to acquire the assets of Panhead’s craft beer business, effective 1 July 2016.

Panhead Custom Ales will continue as a standalone business unit within the Lion family, producing the same great beers from the same Upper Hutt brewery, under the direction of brewery founder Mike Neilson.

Mike says, “The chance to have Panhead’s future supercharged by a merger with the big boys was too good to pass up. Lion’s backing will help Panhead grow to a point where anyone, anywhere in the country will be able to experience our beer.”

Rory Glass, Lion New Zealand’s Managing Director, says, “Panhead is a phenomenally successful brewery, with a fantastic range of award-winning beers, and some big growth aspirations. We have no interest in changing its winning formula. Lion’s investment in Panhead will free Mike and the Panhead team to do what they do best: brew great beer.”

Mike Neilson will continue as the creative force behind the business, and together with General Manager Josh Drake, will be responsible for the day-to-day running of what’s going to be a very productive brewhouse. All roles within the Panhead business will remain unchanged.

Panhead is one of the most successful craft breweries in New Zealand, and has won numerous brewing awards, including Society of Brewing Advocates’ Beer of the Year 2014 and 2015.

For more on Panhead’s announcement of the deal, see www.facebook.com/panheadcustomales