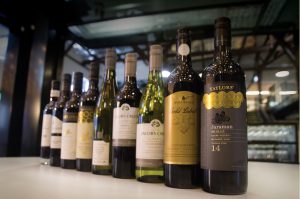 In its report, the World Ranking of Wines & Spirits (WRW&S) has named Taylors Wines along with Wolf Blass, Jacob’s Creek and McGuigan in the Top 20 most awarded wineries globally.

Now in its 21st year, the 2017 WRW&S report was established to develop an internationally recognised ranking system for global wine competitions. It is the only ranking system of its kind in the world to evaluate the results from this quantity of international wine shows.

International President of the WAWWJ Leonardo Castellani noted the performance of Australian wineries in this year’s ranking.

Out of more than 700,000 wines evaluated, 12 of Taylors Wines appear in the top 100 list for ‘Wines of the Year’, including the number one most awarded wine with its 2014 Jaraman Shiraz.

Founded in 1996, the WAWWJ consists of 13,500 wine journalists, bloggers and judges representing 80 different countries across the globe. The prestigious industry body combines the results of the most recognised international wine shows to rank the world’s most successful wineries.

The 2017 World Ranking of Wines and Spirits Report is available at http://www.wawwj.com/2017/WRWS_Report_2017_Final.pdf