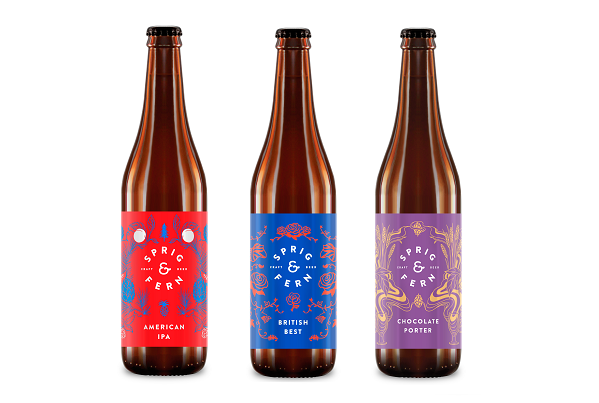 The new 500ml glass offerings are:

CHOCOLATE PORTER 5% – SMOOTH & SILKY
Brewed with a combination of five malts and featuring luscious chocolate aromatics and flavour, this dark and creamy chocolate beer indulgence is smooth and silky to the last drop.

“We believe that as leaders in our industry we have a role to play in providing glass packaging alternatives for our customers,” says Lee Brown, General Manager, Sprig & Fern Brewery. “Our customers have been asking us for a competitively-priced, larger, resealable glass bottle. We have also expanded our 500ml range, and have a 330ml glass range available. Ensuring that we are responding to environmental sustainability considerations is something that’s very important to us. We also understand the importance of display appeal and have carried the packaging design that earned us a 2018 Brewers’ Guild of New Zealand packaging trophy through into the new ranges.”

Sprig & Fern real craft beers are 100% natural and unpasteurised to retain maximum flavour. Master Brewer Tracy Banner heads the small and enthusiastic Sprig & Fern brewing team that collectively has more than 50 years of commercial brewing experience. Every Sprig & Fern batch is hand brewed with a level of care and an attention to quality that has earned it a great reputation among craft beer drinkers.