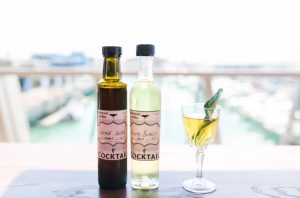 The Parasol & Swing Company, the eagerly anticipated new cocktail bar in the heart of the Viaduct, opened its doors last night.

Situated over two levels between Soul bar and Dr Rudi’s, with a rooftop bar overlooking Viaduct basin, it features a host of Auckland’s best hospo experts coming together to create something special.

The concept behind the bar is a tribute to the industry itself with a history and story that goes back to the mid 19th century, told through a beautiful cocktail menu, designed by the Wonder Group and uniquely illustrated by a renowned Montreal based tattoo artist Angus Byers.