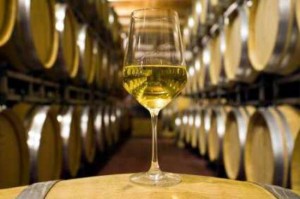 The Northland Food and Wine group have impressed some of the best foodies in the media business at the New Zealand Guild of Food Writers (NZGFW) annual market day held recently in Auckland.

In just their second outing as a collective – since Taste Auckland late last year – some of Northland’s finest, award-winning producers showcased what they had to offer at the annual event for the respected guild.

“The market day has been going for five years and Northland was invited through Chris Ludbrook who was recently awarded a Cuisine magazine Artisan Award for her merlot grape jelly,” says David Templeton, Business Growth manager and group facilitator.

“Our ‘Northland Food and Wine’ banner stood out and along with being available face-to-face, we started a number of conversations with the Food Writers about what is happening in Northland,” says David.

“The feedback was universally positive including that it was great to see that Northland Inc is supporting smaller producers to gain a wider profile,” says David.

“The Guild were also keen to support and promote the Twin Coast Discovery along with a specific Northland Food and Wine Trail.

“It was also fantastic that most of the guild were happy to use their blogs to promote any particular ‘angle’ or ‘interest’ we as Northlanders might have when it comes to food and wine.”

Among the well-known foodies and organisations the Northland collective made contact with were Julie Biuso, Jane Bilton, Dish and Cuisine magazines, Auckland University and the Heritage Hotel group.